A trophy for the Icelandic Tourist Board, made with Védís Pálsdóttir in 2016. Each year one project that interlaces architecture, tourism and the environment in an exceptional way is awarded with our trophy, Sjónarhóll. We made 5 pieces in 2016 and another 5 in 2021, so they'll be handing these out until 2025.
We were doing these on a very strict, and extremely short, deadline - on a budget. The trophies were made out of wood, mirrors and brass rods. When I was delivering the trophies to the Icelandic Tourist Board one of the trophies broke - the mirror broke and the brass rods came loose. I was devastated. It was only days until the award was to be handed out. Then another one broke.
It was very cold outside. It was November. And we simply hadn’t taken into account that the wood was alive and would warp due to change in temperature. The mirrors were glued to the wood. When the wood warped, the mirrors broke.
We had to redo all of them. Thankfully I bought plexiglass-mirrors for the second version, which were way cheaper and could bend with the ever-warping wood. We managed to finish on time - and I think the second version was actually way better than the breaking-all-of-a-sudden version.
We redesigned them in 2021 when The Icelandic Tourist Board ordered five more with additional platter to be used outside. We of course redesigned them with all of our learning in mind so the third version was definitely the best of them all. Let's see if there will be a fourth one. 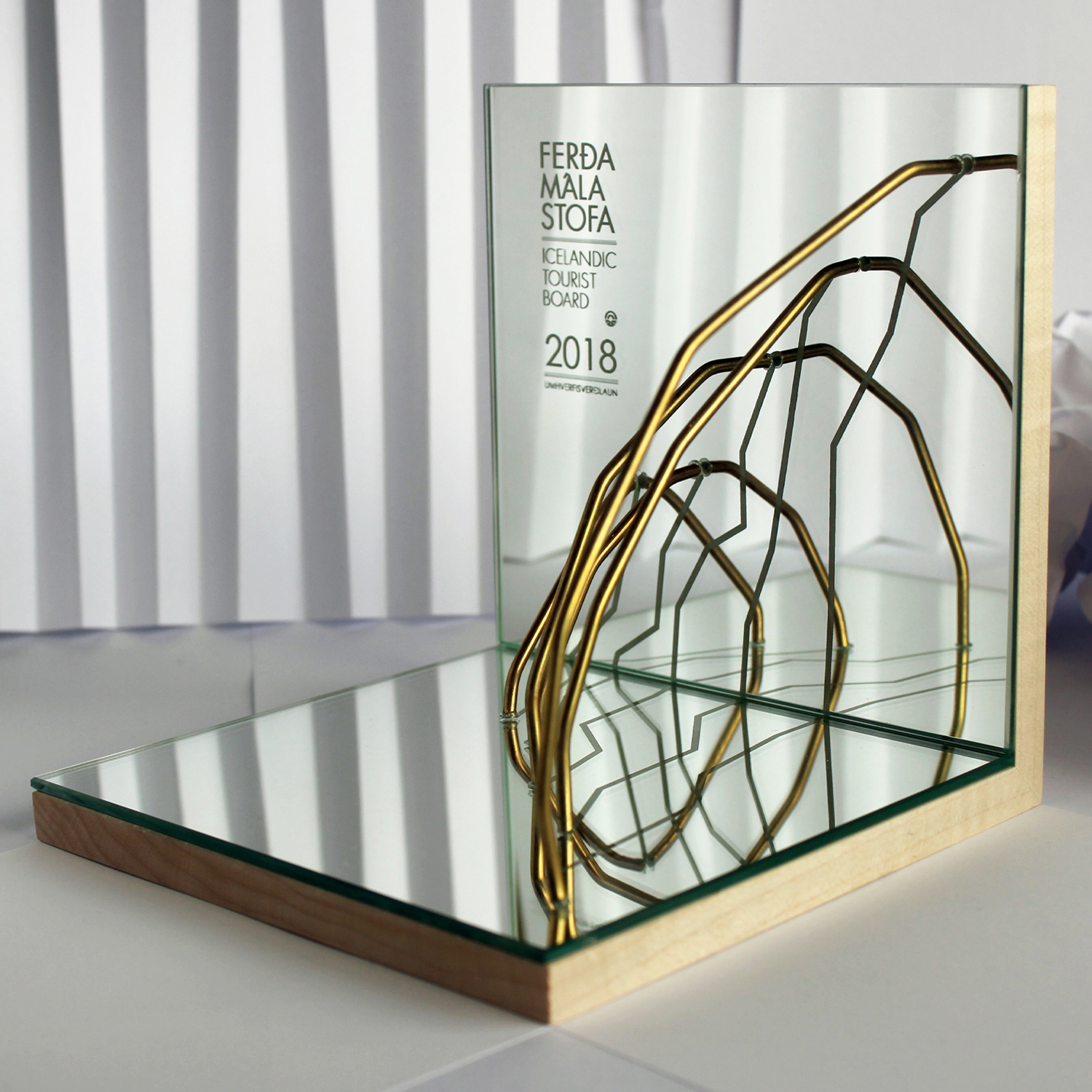 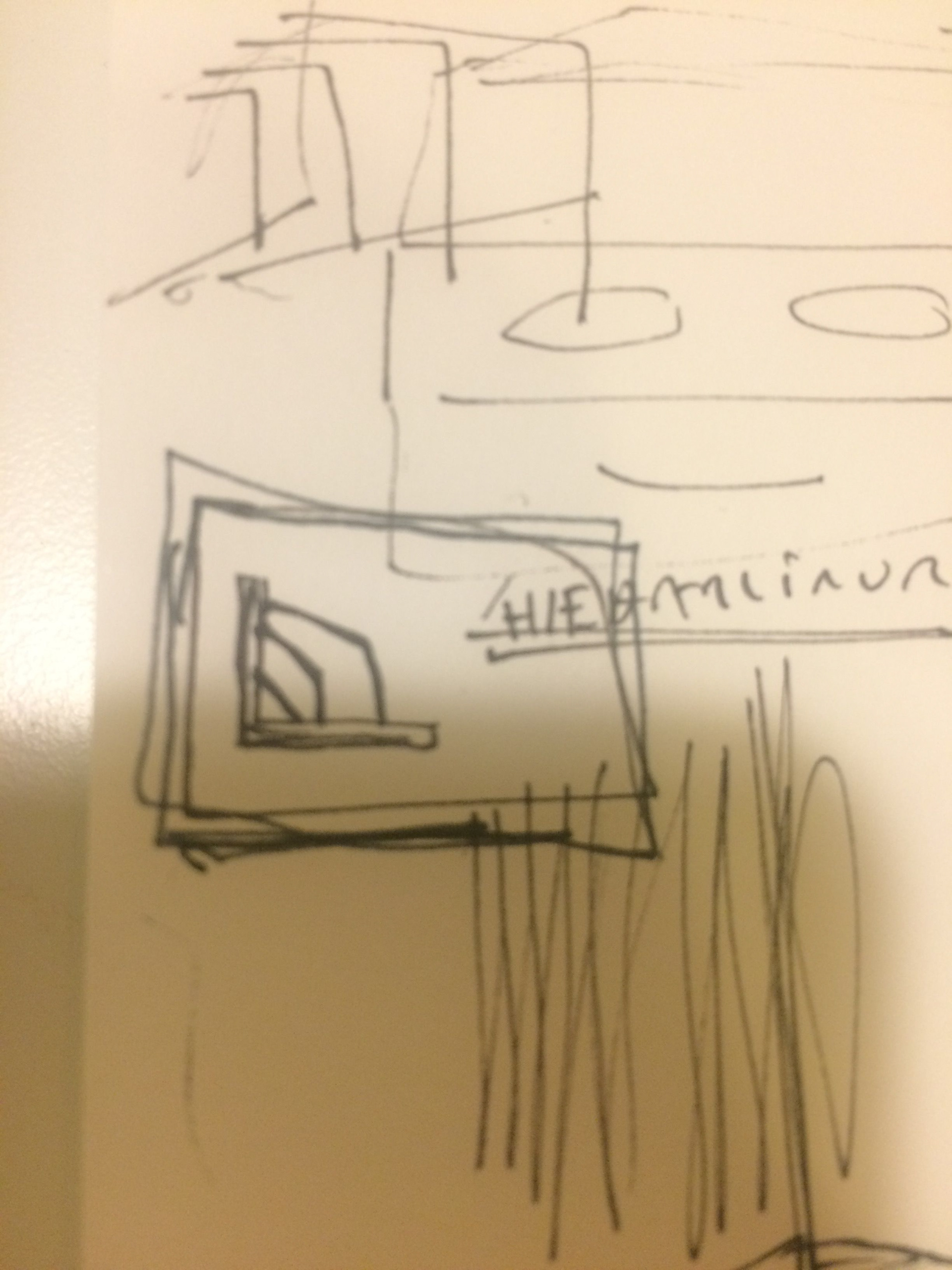 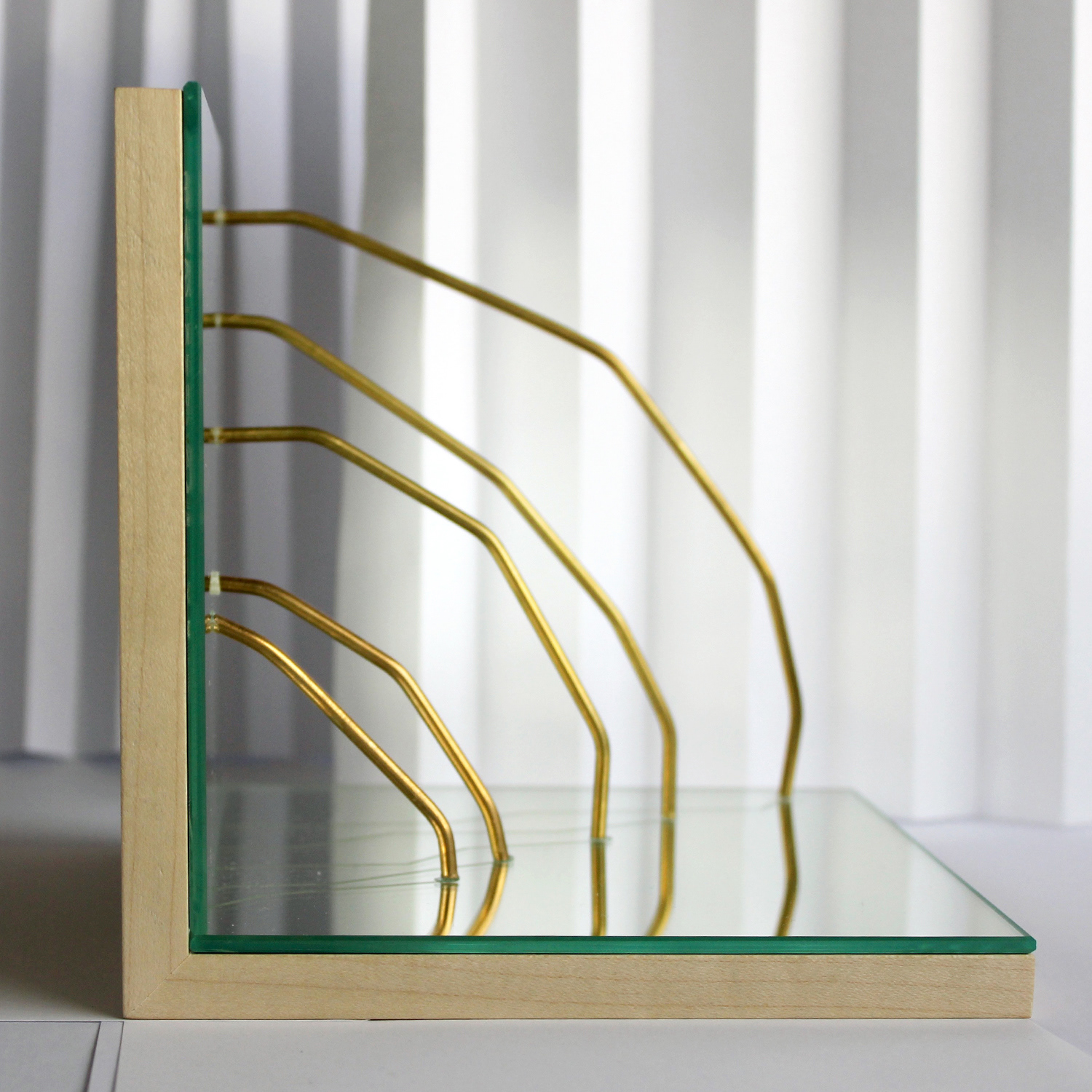 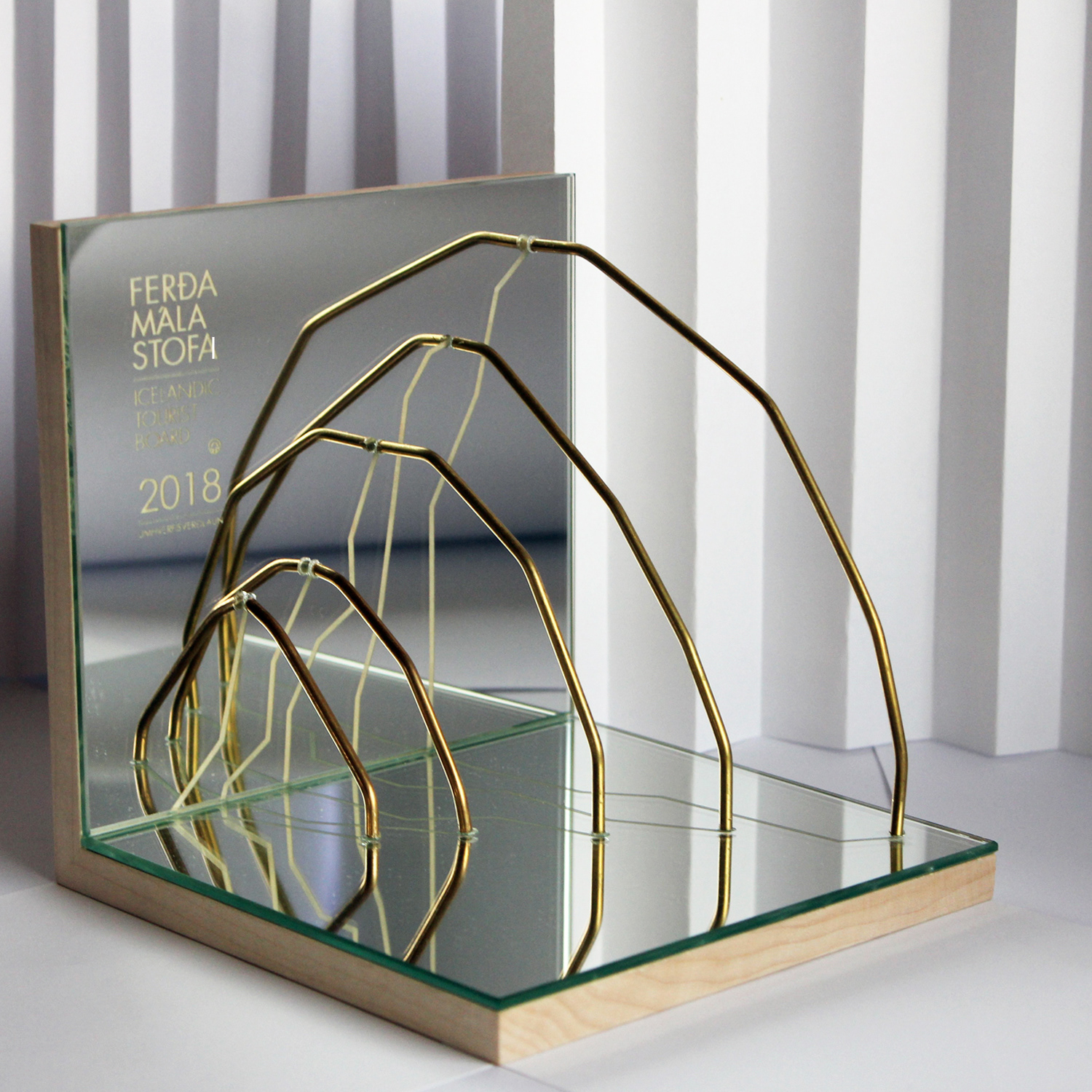 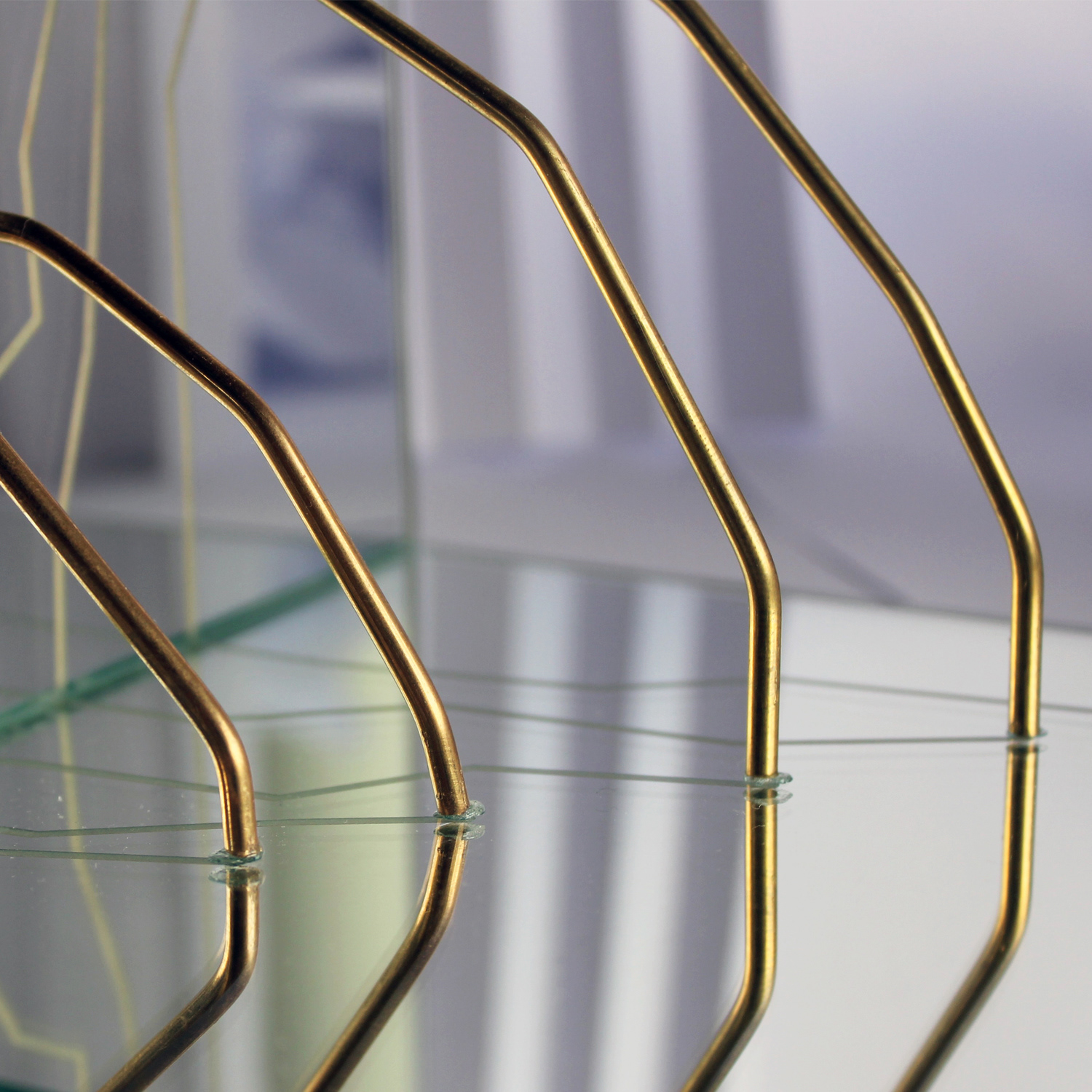 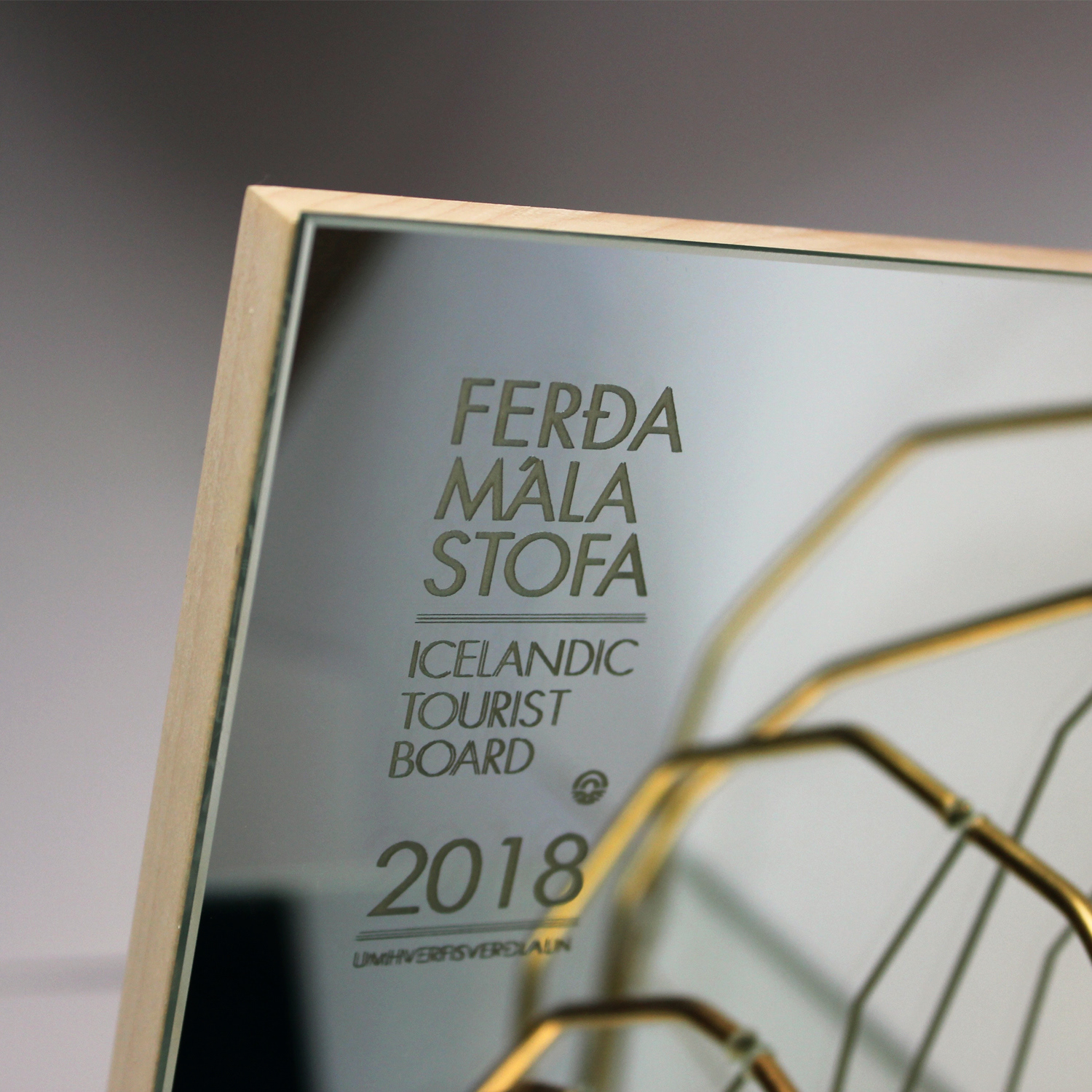 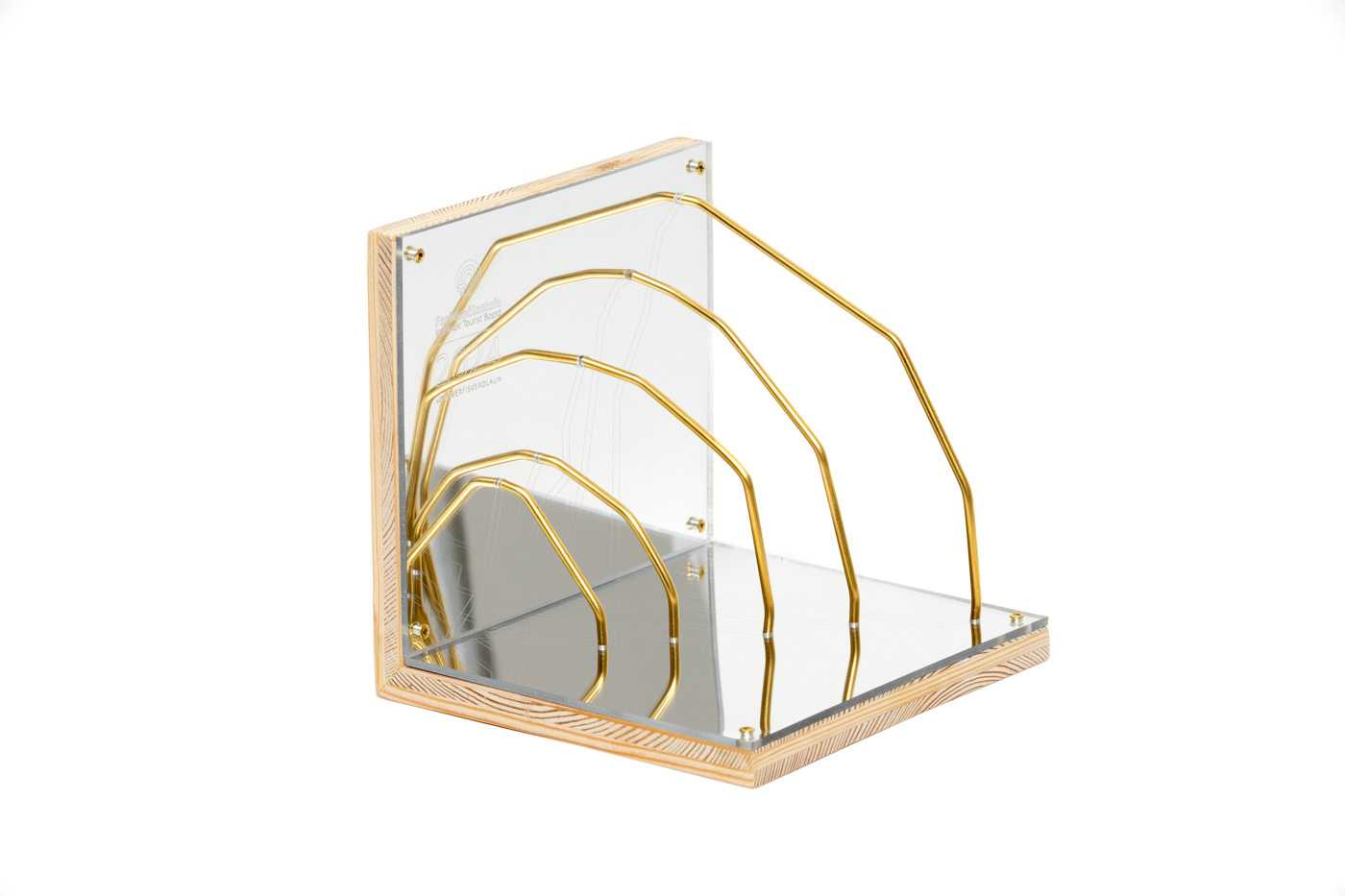 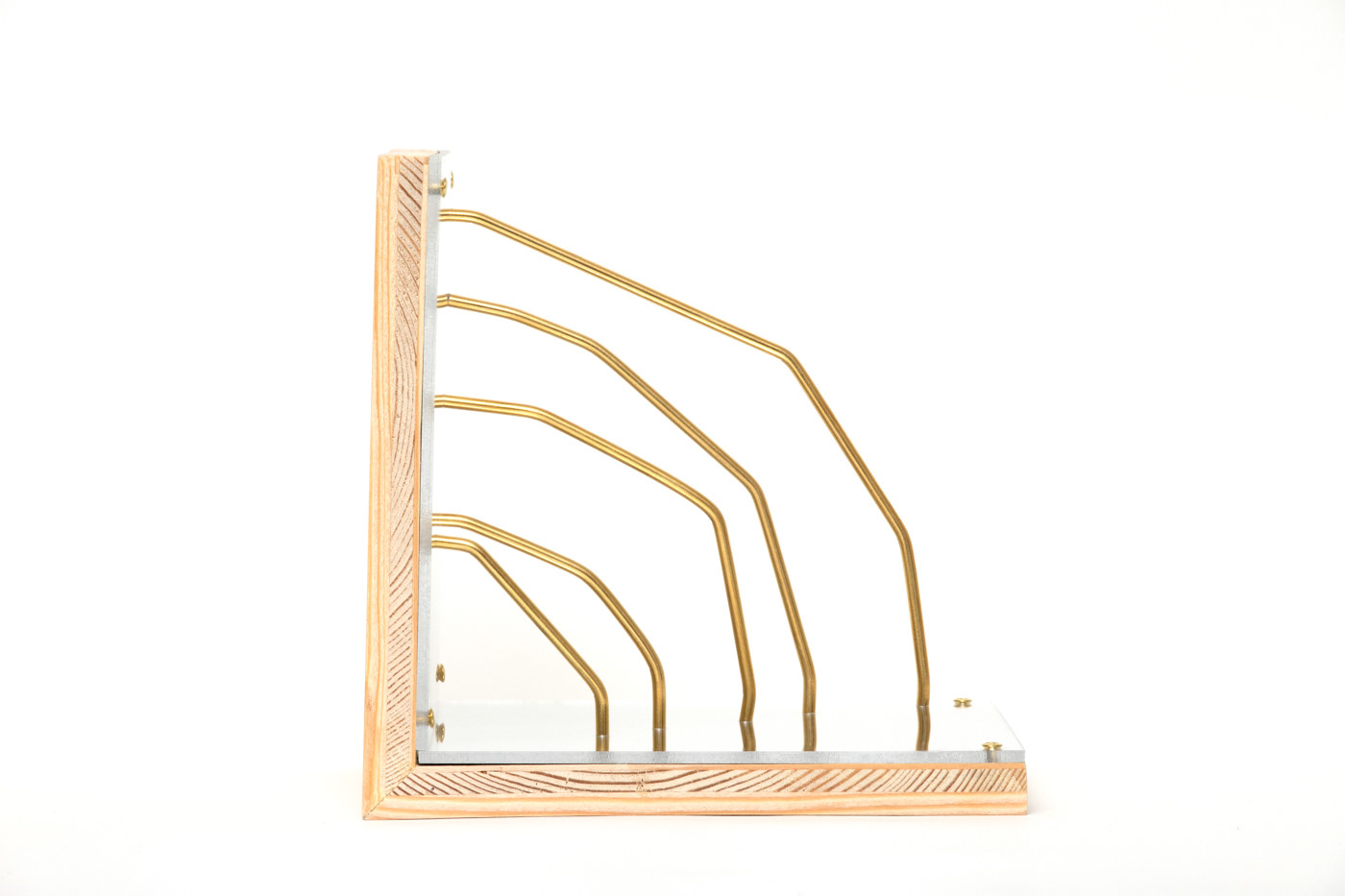 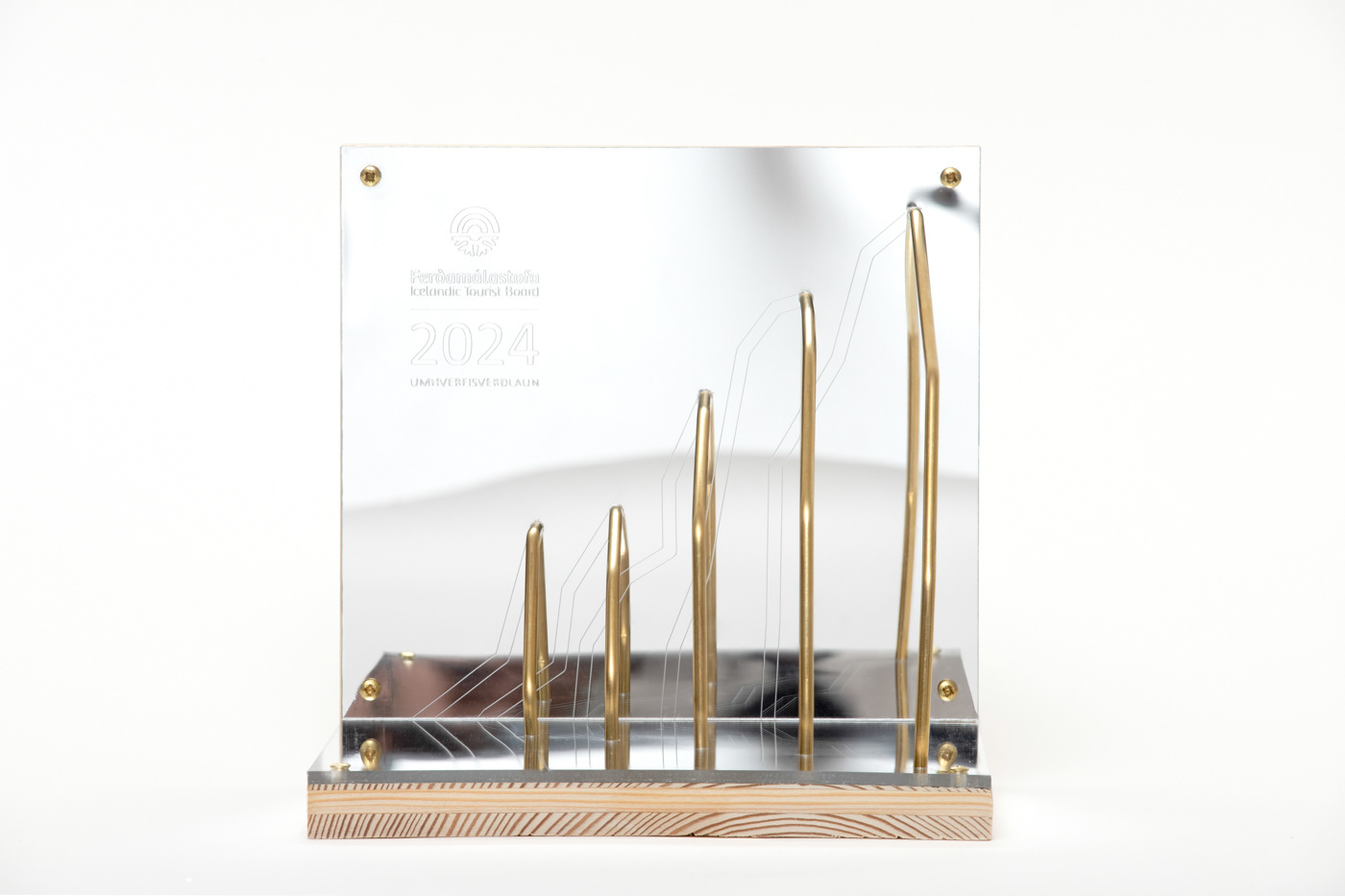 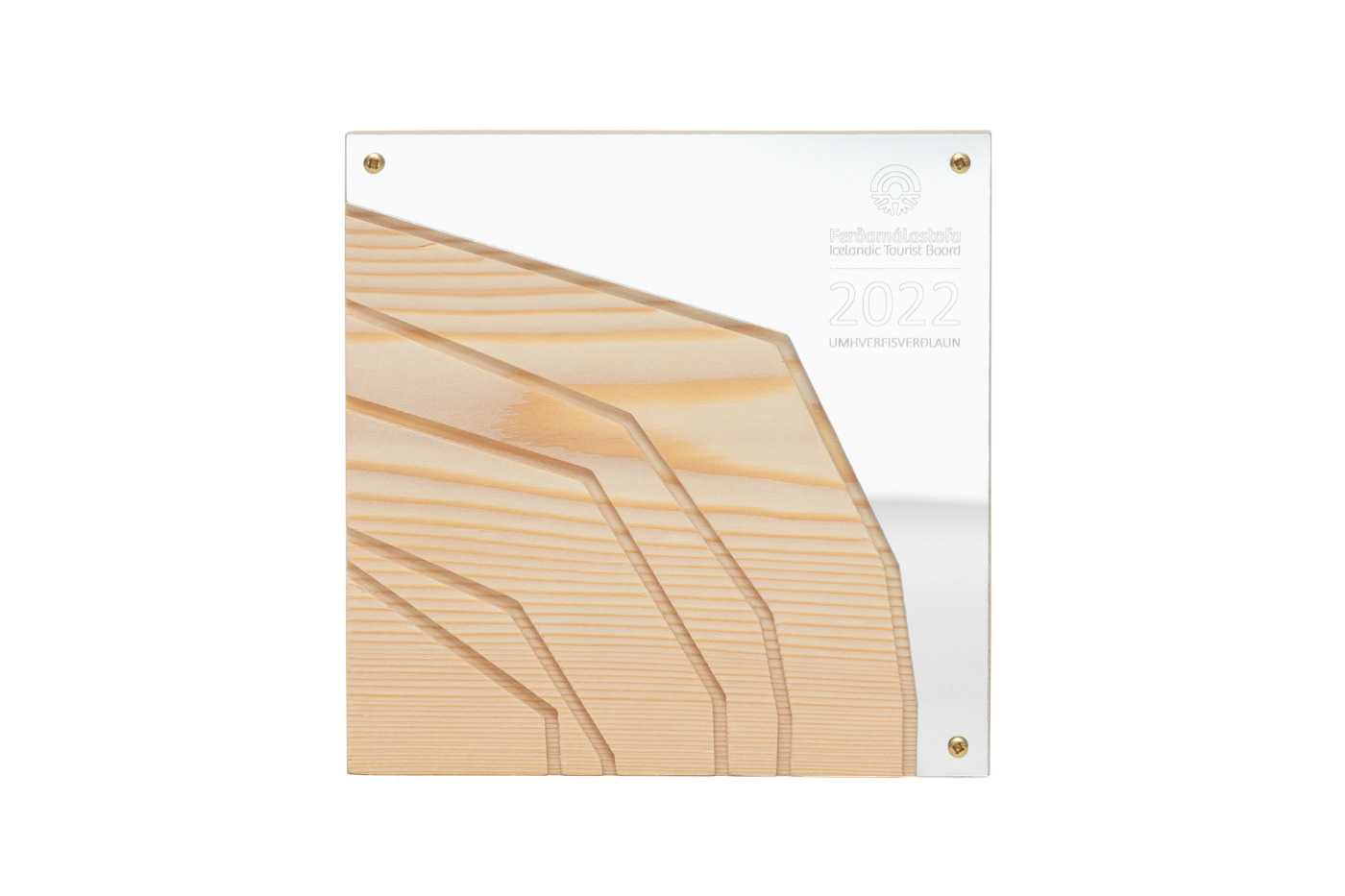 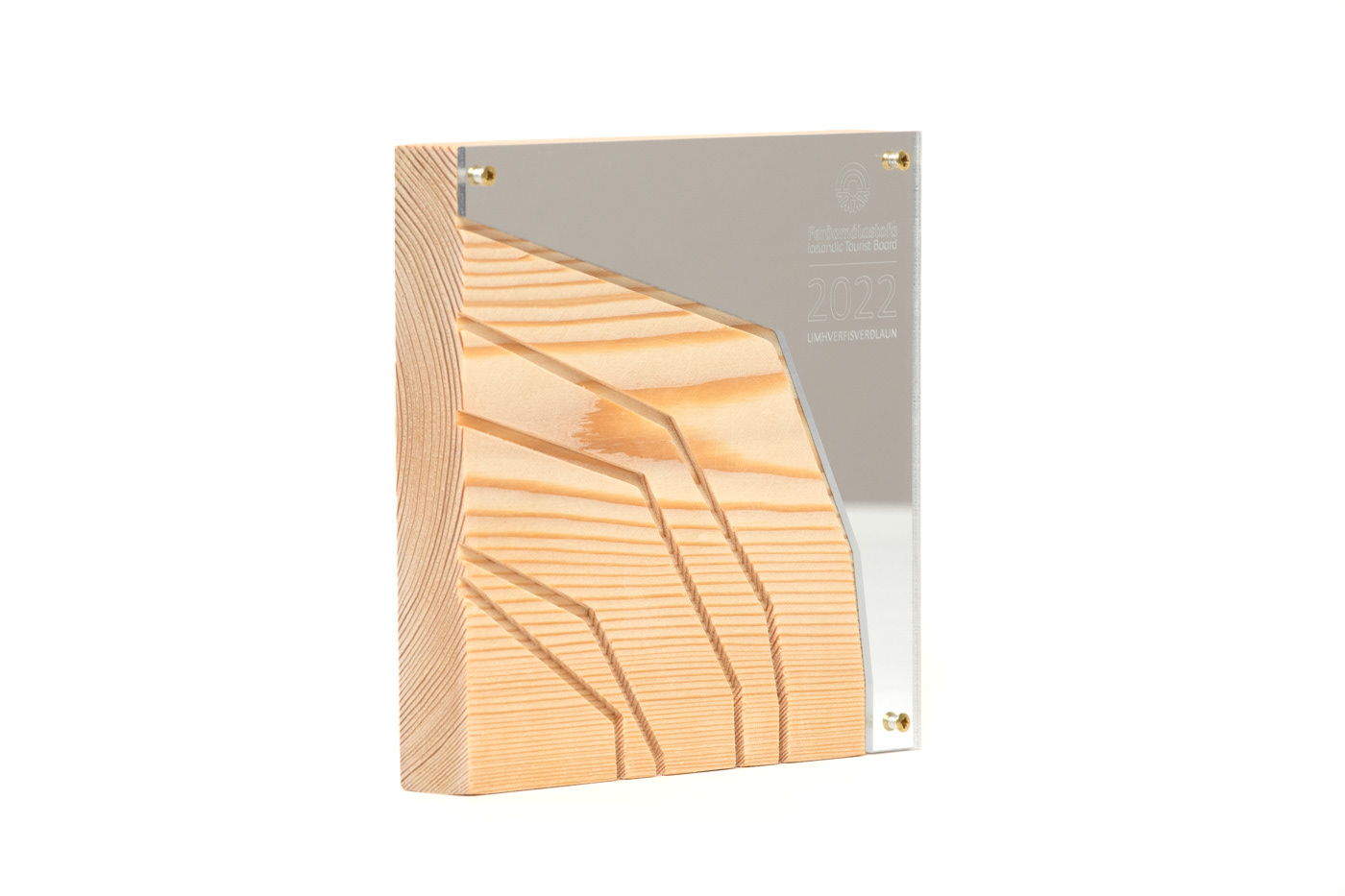