In 2010 ‘Sing for me Sandra’ released the record ‘Apollo’s Parade’. I made the cover. Each character in the parade (on the cover) represents a song on the album.
Every aspect - every character - of this artwork was made around 10-20x bigger (or more) than it is on the album cover because I wanted to get a lot of detail into the picture. Hand drawn and coloured. Background was made with ink.
Btw we own this record on around 500 CDs, so if anyone still uses a CD player and wants all 500 that can be arranged.. 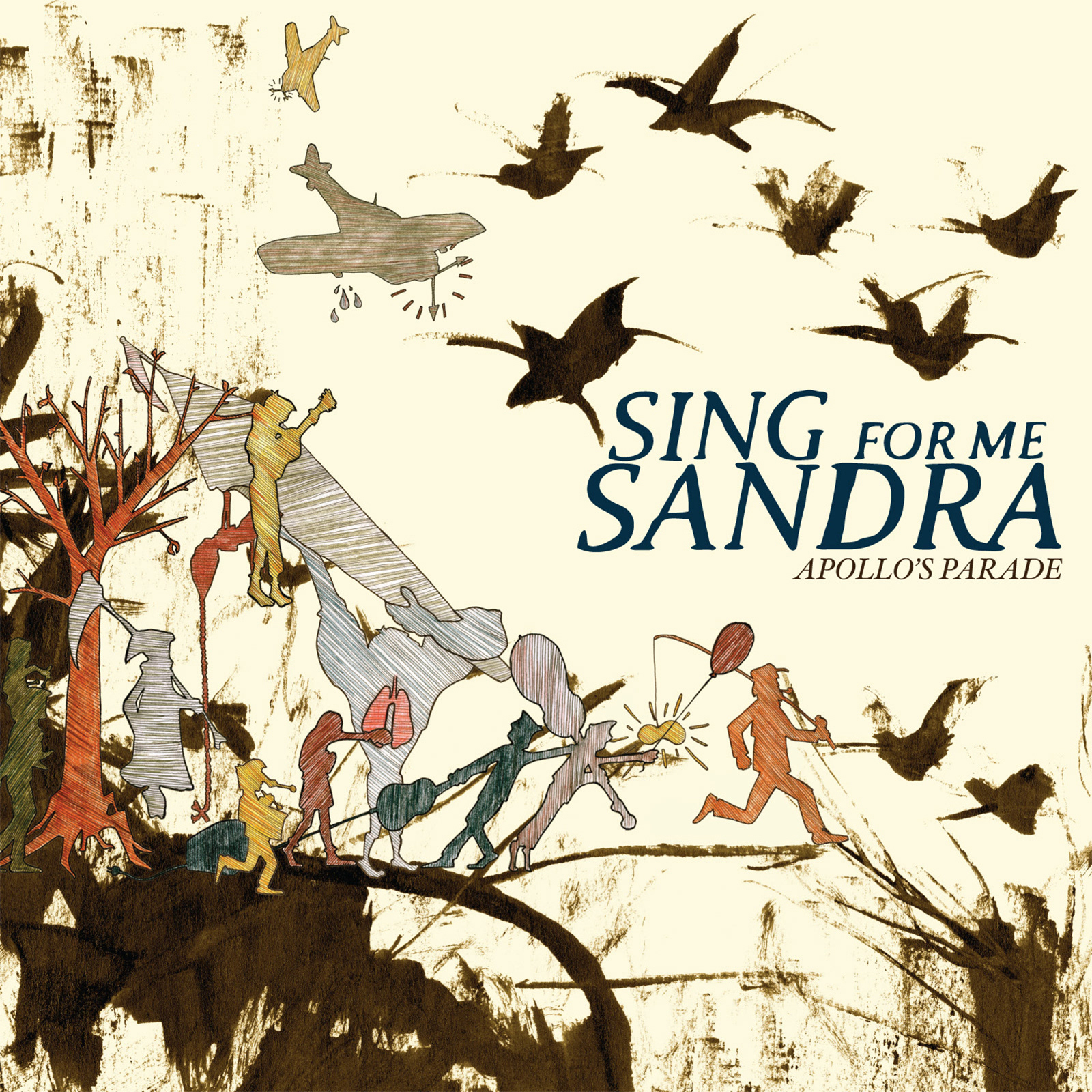 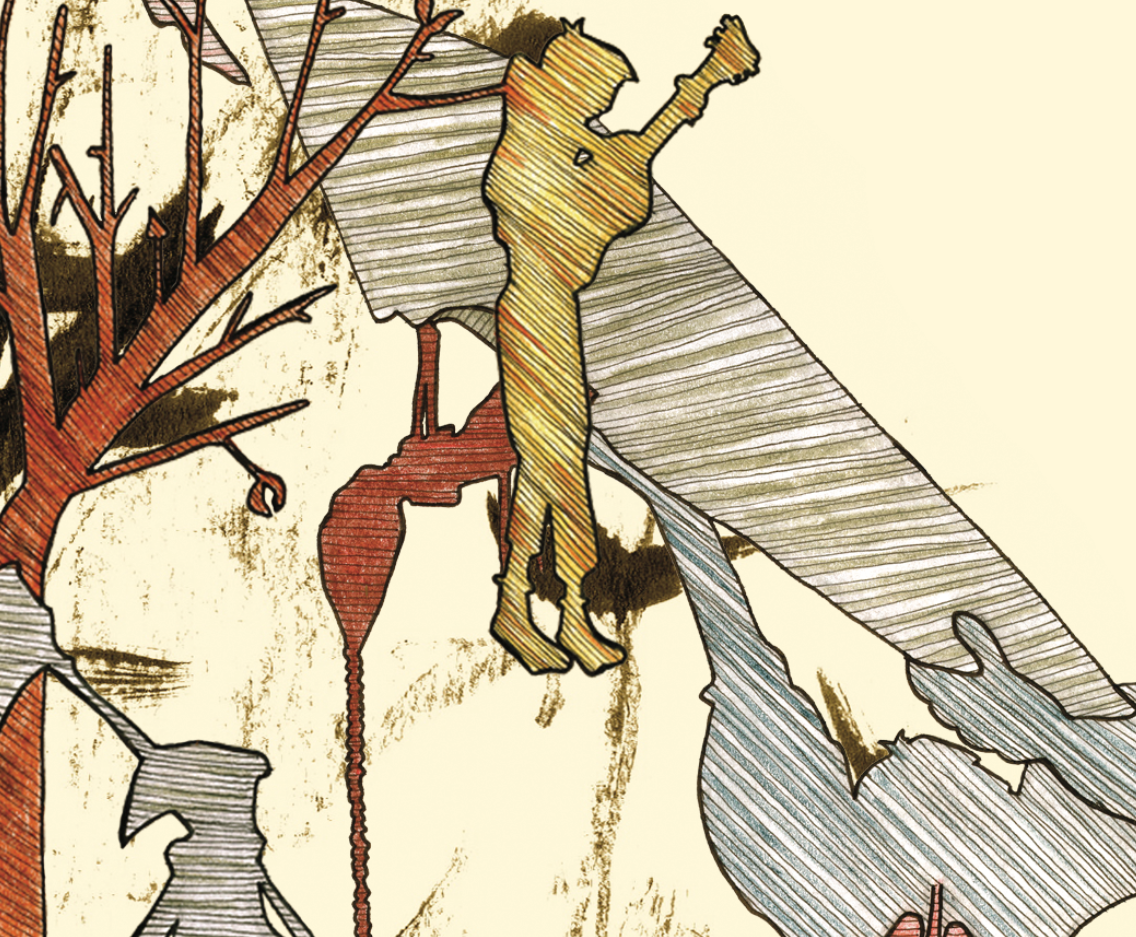 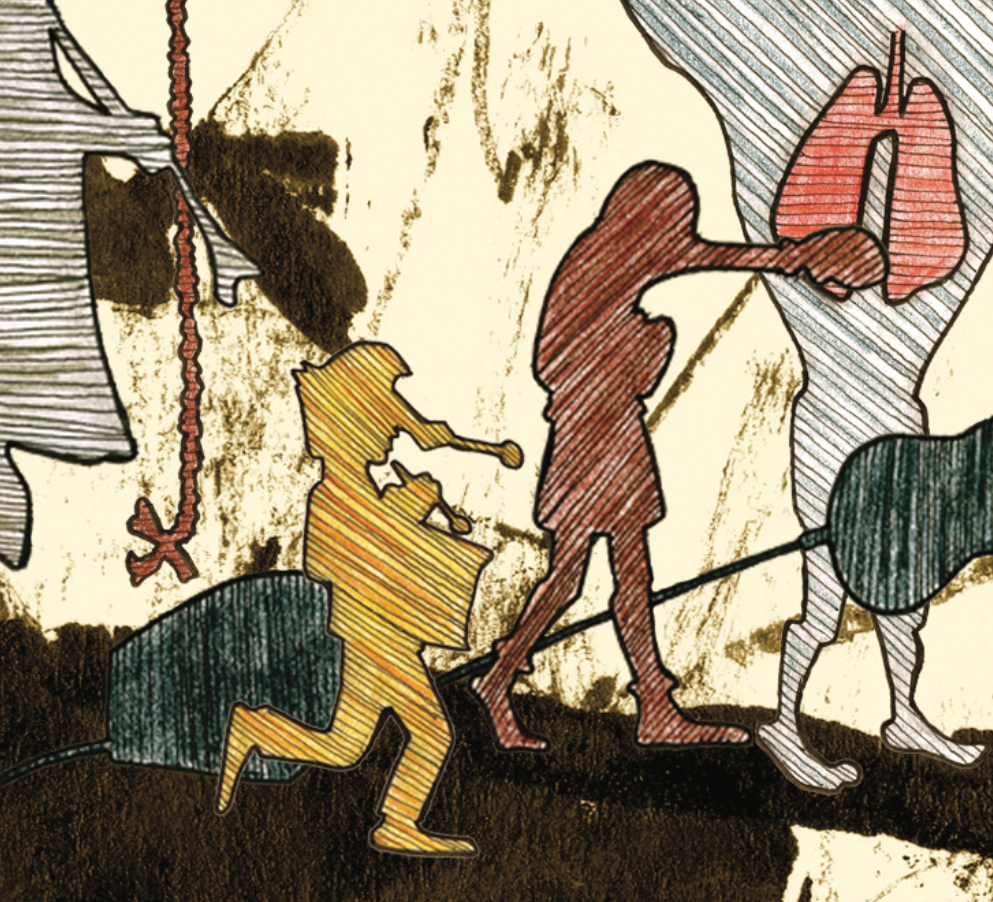 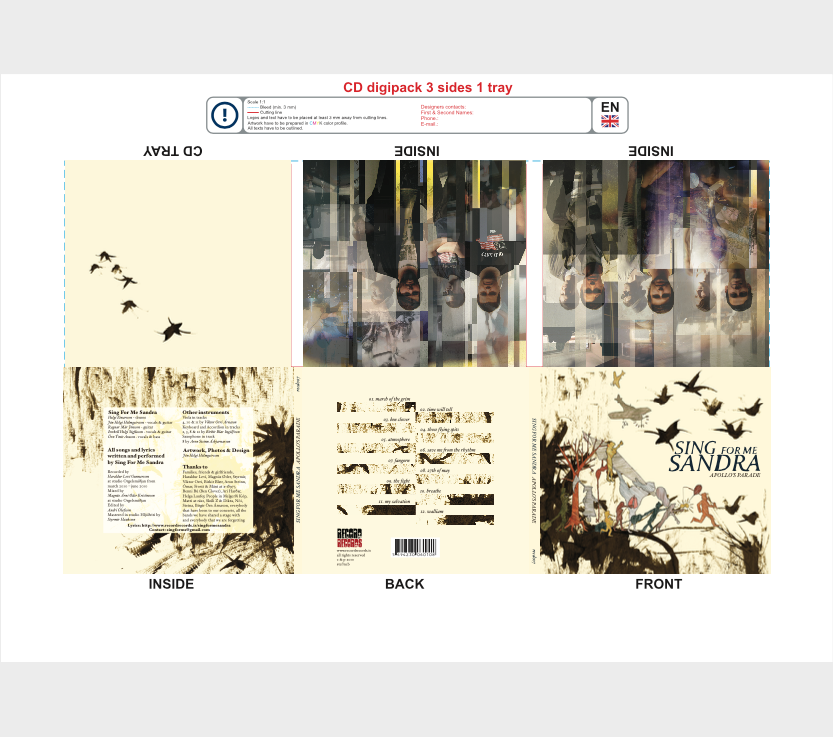 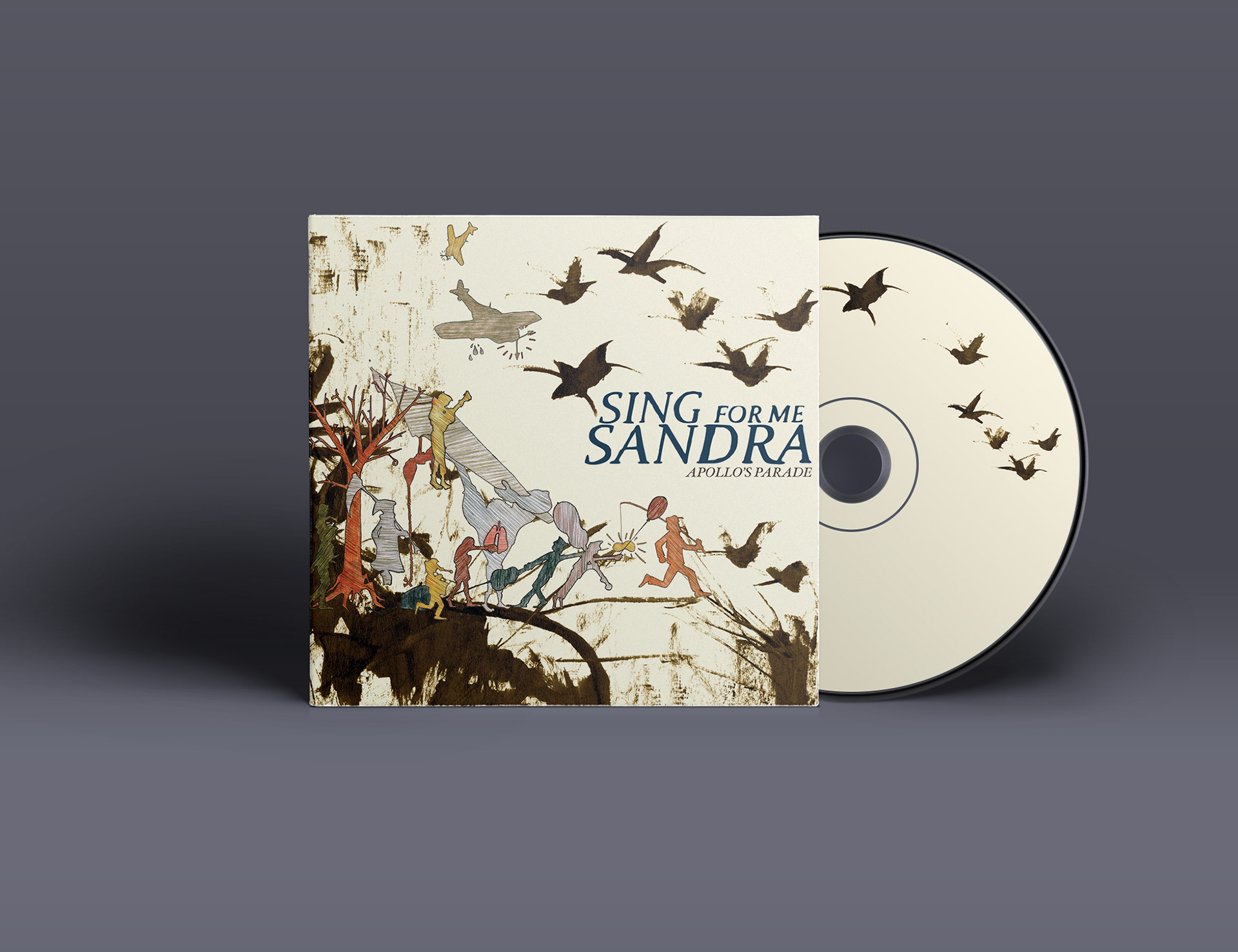